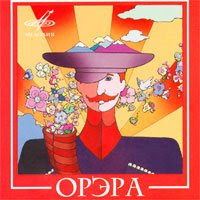 There’s a twist in my Russian Roots this Tuesday.  When I was a toddler, back in the 70-s of the 20th century, we had a flexi disc we used to play a lot.  I loved that record.  In fact I loved it so much, I…chewed it up one day.  The disc was ruined, and never got replaced.  Then years and years later on the infamous and glorious youtube I found that song from my childhood.  It’s a song in Turkish, performed by a singer from Georgia (back then part of the Soviet Union.)  And it’s a song loved by so many Russians.  It’s called “Drunk with Love.”  You really don’t have to know Turkish to understand it.  Cheers!

I'm posting two videos.  The first one I chose for the sound. I believe that's exactly what I heard on that flexi disc before I ate it... (The video itself is a virtual card  somebody sent to a Georgian friend.  It has views of a Georgian town, beautiful nature shots, and the Russian translation of the song's lyrics.)

The second one has a slightly different version of the song, I think, a later recording.  (It's still very good, but the first one is my favorite.)   This video though has a lot of photographs of Vakhtang Kikabidze  -  a.k.a. 'Buba' - the singer performing the song.  He started out in a Georgian band called 'Orera', and soon became well known and hugely popular, not just as a singer, but also an actor.   Nearly every Russian (at least my age or older) knows him.  And so many Russians love him.

For some unknown reason I cannot insert the second video, so I'm posting a link to it: